Jean-Paul Sartre (1905-1980) was a philosopher, novelist, playwright, biographer, journalist, and political activist. His broad and sophisticated philosophical vision contributes to contemporary moral and political theory, aesthetic and literary theory, psychoanalysis and psychiatry, phenomenology and cognitive science, theology and philosophy of religion, and more. His novels are still read and his plays still produced.

The UK Sartre Society is a place for anyone with an interest in Sartre’s work and life. The society aims to enable discussion and debate around Sartre’s oeuvre. We hold an annual conference in September in London. We edit one issue per year of the journal Sartre Studies International. 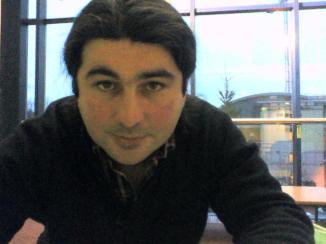 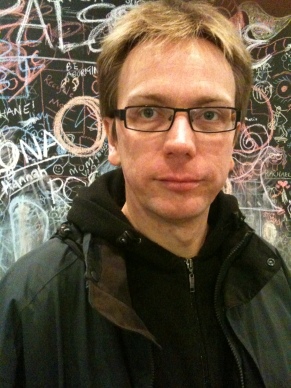 Jonathan Webber is Reader in Philosophy at Cardiff University. Jon is the author of The Existentialism of Jean-Paul Sartre (Routledge, 2009), editor of Reading Sartre: on Phenomenology and Existentialism (Routledge, 2010), and translator of Sartre’s book The Imaginary (Routledge, 2004). He has published papers on Sartre in European Journal of Philosophy, Sartre Studies International, and various edited volumes.

John Gillespie is Professor of French Language and Literature at University of Ulster. His research focuses on the religious dimensions of Sartre’s philosophy. He has published papers on this in Sartre Studies International. John is a former President of the UK Sartre Society.

Kate Kirkpatrick is Lecturer in Philosophy at the University of Hertfordshire and Non-stipendiary Lecturer in Theology at St Peter’s College, University of Oxford. She has published articles on Sartre in Sartre Studies International and The European Journal for Philosophy of Religion and is the author of Sartre and Theology (Bloomsbury, 2017).

Beck Pitt is a researcher on the OER Research Hub project and is based at the Institute of Educational Technology, The Open University (UK). She completed her PhD (Jean-Paul Sartre and the Question of Emancipation) at University of Essex in 2012.

Marieke Mueller is a doctoral candidate at the University of Oxford (Jesus College) under the supervision of Prof Christina Howells. Her research examines aspects of subjectivity in L’Idiot de la famille and she has published on Sartre’s notion of destiny in Sartre Studies International.

Manu Braganca is a Research Fellow in the Institute for Collaborative Research in the Humanities, at Queen’s University Belfast, Northern Ireland. His research focuses on the history and memories of WWII in France and he is particularly interested by ‘the early Sartre’, his novels, plays and essays on imagination and emotions.

Paul Wallace was an independent scholar who had studied Sartre’s philosophical and biographical works, and their reception in the English speaking world, for more than thirty years. Paul was one of our longest serving and most loyal members. He combined his impressive knowledge and infectious enthusiasm about all aspects of the works of Sartre and Beauvoir with a friendliness and generosity of spirit that made him a great participant at our conferences.

He initially studied Fine Art, received a B.Ed.(Hons) in Film Studies from Reading University, and an M.A. in Media Studies from the Institute of Education, London University.  Before his passing in 2016 he was investigating the dialectical structures of Sartre’s and Beauvoir’s later works.

Paul’s contributions to the field, through his own conference presentations, his responses to other people’s talks, and his work on the committee have been highly valuable. We shall certainly miss him. The 2016 UK Sartre Society conference was dedicated to Paul’s memory.